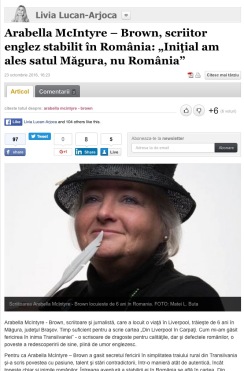 Here’s this weekend’s interview, on the blog of Adevarul, in Romanian… (and below, in English)

Arabella McIntyre-Brown, an English writer established in Romania: “At first, I chose Magura village, not Romania”

Arabella McIntyre-Brown, writer and journalist who lived for 20 years in Liverpool, has for the last six years been in Magura, Brasov County. Sufficient time to write the book “From Liverpool to the Carpathians: How I found happiness in the heart of Transylvania” – a love letter to Romania’s qualities and flaws, a story of rediscovering herself, full of English humour. For Arabella McIntyre-Brown has found the secret of happiness in the simplicity of rural living in Transylvania and wrote the story with passion, talent and contradictory emotions, in a manner so authentic that it melts the hearts of Romanians. The whole adventure of her settling in Romania is in the book “From Liverpool in the Carpathians”, which will be launched in November at the Gaudeamus Book Fair, at Editura ALL’s stand.. Until then, this is how life is in Magura, seen through the eyes of an Englishwoman enamoured of Romania.

You say it was  love at first sight when you first came to Romania. Several years have passed since you moved here: what has changed in your perception and what has remained the same?

I’m still in love! At first I was here in Romania mainly because that’s where Magura was – I chose the village, not the country. But as the time has flown by and I have explored a little more, got to know people here, and made friends, I have come to love Romania as a whole. I get very defensive when I hear anyone running the country or Romanian people down, and get quite boring about the qualities of both… Some things about Romania drive me crazy, but every country I’ve been to (including Britain) has its weak spots. And if things drives you crazy, it means you must care. My visitors, without exception, have been surprised and charmed by Romania: friendly strangers, a warm welcome, new friends, and a beautiful countryside. A little piece of paradise.

As I live in the countryside, it usually depends on the weather. The year round, the day begins with breakfast for my four cats and the dog, then my breakfast as I listen to the news on BBC radio online. In winter, that’s followed by trudging out to the woodshed for logs (usually having to dig the snow away from the door first) so I can light the soba in my study. There’s no central heating here. Between early May and October the soba is usually unemployed, and I can have breakfast outside in the sun. Then it’s straight on to the computer: I check emails and Facebook messages and try not to get sucked into Facebook for more than five minutes (usually I fail – I’m so weak). Then it depends what work is to be done. There’s no routine, which is the best and the worst thing about the freelance writer’s life. I may have an English text book to edit, or a press release from a corporate client to turn from Google Translate English into real English. It’s pleasant work – all my clients are adorable, and I enjoy the editing process which is much less of a hassle than writing. In warm weather I’ll have lunch in the garden, with the mountain ridge of Piatra Craiului as a backdrop, then I might do some work on one of my blogs, have a sneaky peek at Facebook, or settle down to some focused writing. There’s a children’s book in the pipeline, a crime novel being plotted, and a book on how to deal with loneliness. Too many ideas! If I’m in the mood, I can write till midnight or later and collapse into bed for a great night’s sleep (if the dog isn’t going mad, barking at invading bears or wild boar). If I have visitors, I cook for them and have a good conversation and some laughs over supper, maybe watch a DVD or play cards. But I love my solitary evenings, too. Time to read, if I’m lucky, or listen to drama on the BBC.

The most recent book you wrote is “a love letter” to these places, but it is also the story of you rediscovering yourself. What are the lessons you have learned sine you have moved to Romania?

The first lesson is that it’s okay to start a new life after 50 – change is good, even if it’s a challenge. I’ve learned to let go of some fears and longings that no longer mattered; and that living alone is, truly, delightful and enriching when you discover that being alone is not the same as feeling lonely.

Do you miss England? How you manage that feeling?

Of course there are times when I long to be in England, such as bluebell time (late April) when the oak and beech woods of my childhood were carpeted with drifts of British bluebells, flowers of a soft madonna blue that reach deep into my heart. But one of the reasons I love Magura is that it’s so like West Sussex, where I was born. This is a home from home.

You left behind, in England, lifetime friends. Do you have friends in Romania?

I have more friends here than I deserve, that’s for sure. Most of my friends here are Romanian and only a handful are British expats. I’ve always had friends around the world, and have never been one to live in an expat community. Of course I miss my UK friends and family, but I see them when I go back, they come out to visit, and we keep in touch on Facebook, by email and Skype – technology drives me mad, but it’s absolutely brilliant at at making the world a very small place.

In Romanian villages, women cook. Did you learn to cook like a Romanian? Which Romanian food is your favourite?

Romanian cooks take a great deal of time and effort to prepare delicious food – I’m far too lazy to take such trouble! With one of two exceptions – I make zacusca every autumn, which takes some time, but it is SO delicious, it’s well worth the effort. I love cooking for friends, but am mostly vegetarian so make satisfying, rich and delicious vegetarian and vegan food which goes down very well. Since moving here I’ve also become a cake maker and a jam and preserve maker. I have a large elderflower tree in the garden, a huge mirabel tree, and five sour-cherry trees. But I don’t make tuica… Visinata, yes, and my own secret liqueur from a local, natural and seasonal source, which is always a hit. I grow some vegetables, mostly green leafy veg, beans and peas, as well as berries; I’ve also planted lots of fruit trees – I’ve had three apples from one so far…

How do you now perceive Prince Dracula’s story?

I’ve always known the difference between Count Dracula and anything historically accurate… I worked on a theatrical production of Dracula in London, and share an important date with Bram Stoker, but have never been an all-out fan of Gothic fiction. What I’ve learned about Vlad III is fascinating, and I enjoyed a book called The Historian – up to the very disappointing ending, anyway. Vlad got about the Balkans, even if he didn’t set foot in Bran Castle.

What is your message for the Romanians who want to leave Romania for England?

The British are not, on the whole, as open and emotional as Romanians. We keep our hearts guarded until we know someone well. But we’re not cold and unfriendly – be patient. Stay away from the east coast, which is where most of the bigots live. The UK is full of warm and friendly people, intelligent and kind, so don’t let some ignorant, fearful bullies put you off the British as a whole. Go to Liverpool, find a pub called Peter Kavanagh’s, and say hello to the landlady, Rita Smith. Say Arabella sent you. You’ll get a warm Liverpool welcome…

If you’re wondering about Rita and Kavanagh’s pub, you can discover more here. 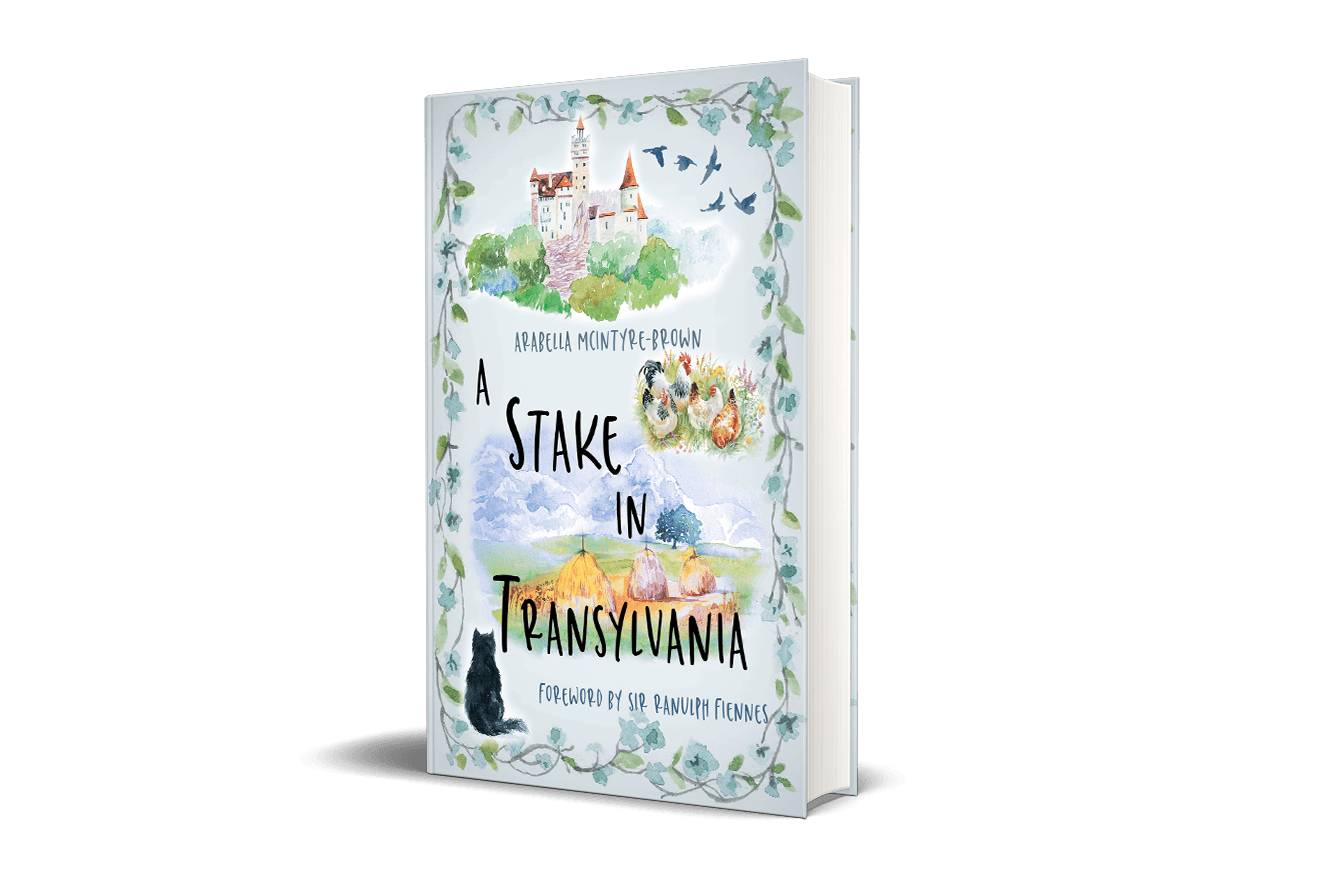 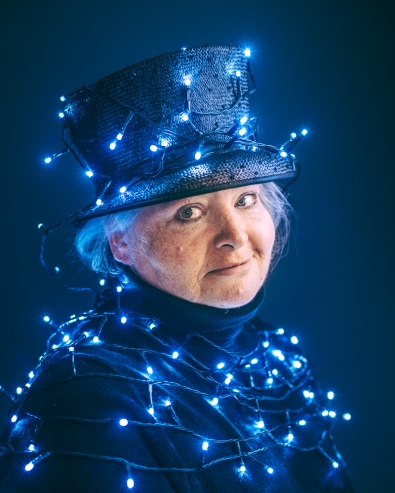 An English author in Transylvania

A Stake in Transylvania

“This candid and engaging book is nothing less than a love letter to Romania. Fleeing from a colourful British city to a half-built wooden house on a hillside in the Carpathian mountains, eight kilometres from a shop and a world away from her busy life as a writer and journalist in Liverpool, could have been a disaster. In her fifties, with no steady income, no pension and no Plan B, she was quizzed by her new neighbours and every Romanian she met. Why? How? … and alone? Triggered by a spate of family funerals, the truth behind her flight from England had its roots in a troubled childhood. Everything suggested she’d fail. Instead, she found the secret of happiness in Transylvania.
“In a deeply personal account of her mutation from grieving urbanite to happy Carpathian recluse, Arabella reveals the magic of rural Transylvania in a way that will melt the heart of every reader.”